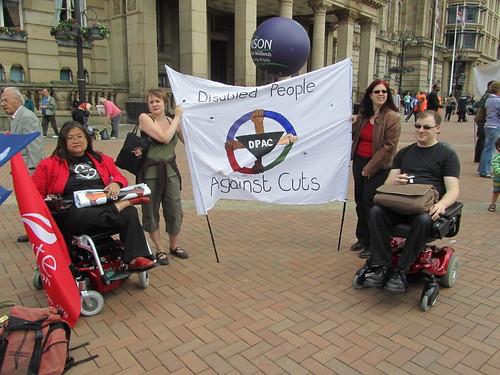 You can’t have failed to notice that yesterday quite a lot of public sector workers were on strike. The NUT, ATL, UCU, UNISON, PCS and supported by many campaigners and groups were out picketing and marching. Ostensibly striking over changes to their pensions, actually the anger goes a lot further than that and general anger at the government was overwhelming.

These are the people that teach our children, run our prisons, care for our sick and disabled people, and are behind just about every public service that we rely on and often don’t even notice until they are not there. They generally work for low pay, but are at least promised a pension and often an early retirement from gruelling work that has worn them down quicker than many other jobs. That pension has always been there as an enticement to work in the public sector but now the government are reneging on that deal and demanding a 50% increase in payments, up to eight years longer before retirement, and offering less pension at the end of it. They say that this is because we must all make cuts to fix the deficit, but this is widely disputed, and now our public sector workers are very very angry.

I was out with the marchers yesterday, supporting them and representing Disabled People Against Cuts as a speaker at the rally in Birmingham. My wife was there too as a teacher and a member of ATL.

Here is a video of my speech for those that missed it. The text is available at the DPAC website. Writing credit goes to Ellen of DPAC as I was too brainfogged to write it in time.

Believe it or not this is actually the first time that I have been able to attend a protest in person rather than supporting them online as I have been too ill to do so. That hasn’t really changed, but what made the difference is being given an electric wheelchair. I was able to stay seated all through travelling, the rally and the march and so made it through to the end of the day. Of course staying seated all day is extremely difficult and painful for me in itself, but I was at least able to get through it where I wouldn’t get through more than a few minutes of standing and walking before collapsing in pain.

Attending yesterday has had the expected consequences and today has been immensely painful, and I have had to stay in bed all day. For large parts of the day I have been drifting in and out of consciousness, too tired to stay awake too ill to sleep and often waking up surprised and confused. I’m beginning to feel better now, more than 24 hours after getting home. That’s actually a remarkably short recovery time for someone with M.E. but I have no doubt that I will suffer the effects for a few more days. It was absolutely worth it though.

My miserable efforts at photography!